This month I returned to work following the birth of my first child six months ago. It is an exciting but busy time trying to balance my career and childcare (and everything else amid a pandemic). I feel the experience will only make me a better researcher given my areas of interest and how productive I am forced to be when I do get the chance to carry out some research and write.
Helen Kowalewska
Aug 8, 2019 1 min read

I am very excited to announce that later this month I’ll be moving to the Institute for New Economic thinking at the University of Oxford. I’ll be a Postdoctoral Research Fellow working on the Oxford Martin Programme on Inequality and Prosperity, looking at inclusive growth. You can find more information about the research programme here. In addition, I have been awarded a New Investigator Grant from the Economic and Social Research Council.
Helen Kowalewska
Aug 7, 2019 1 min read

I’m excited to announce that the third paper from my PhD has been accepted for publication in Journal of Social Policy. The paper argues that analyses of gender and welfare states should be broadened to include women’s share of corporate board and executive positions and the policies that help to address the lack of gender diversity in such positions. Bringing more women into the most powerful jobs can lead to more ‘female-friendly’ workplace policies, practices, and cultures (e.
Helen Kowalewska
May 2, 2019 1 min read 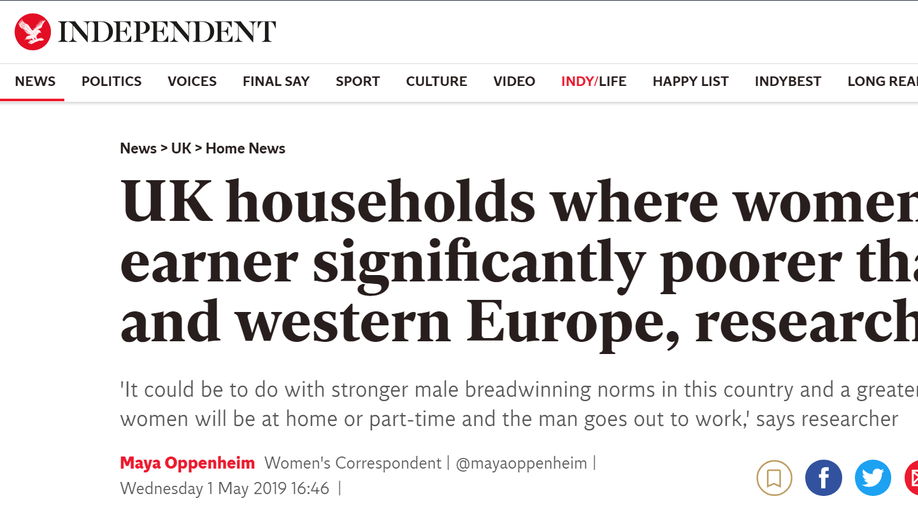 Coverage in The Independent

“Our findings shed doubt on popular depictions of female breadwinners as high-earning, empowered women – instead they are often lower-educated,” Dr Kowalewska told the British Sociological Association’s annual conference in Glasgow.

I’m excited to say that my research on female breadwinners, co-authored with Dr Agnese Vitali, was featured in The Independent on 1 May!
Helen Kowalewska
Mar 26, 2019 1 min read

On 25 April I presented a paper that I co-authored with Dr Agnese Vitali (University of Trento) at the annual British Sociological Conference at Glasgow Caledonian University. The paper is titled Breadwinning or on the Breadline? Female Breadwinners’ Economic Characteristics across 20 Welfare States. We critique existing research on work/family arrangements and welfare states for overlooking an increasingly prevalent arrangement across couples, which is that of the female-breadwinner family model. We show that, contrary to popular depictions of female breadwinners as empowered, high-earning women, many are ‘on the breadline’, in that they are among the poorest of all households.
Helen Kowalewska
Mar 16, 2019 1 min read 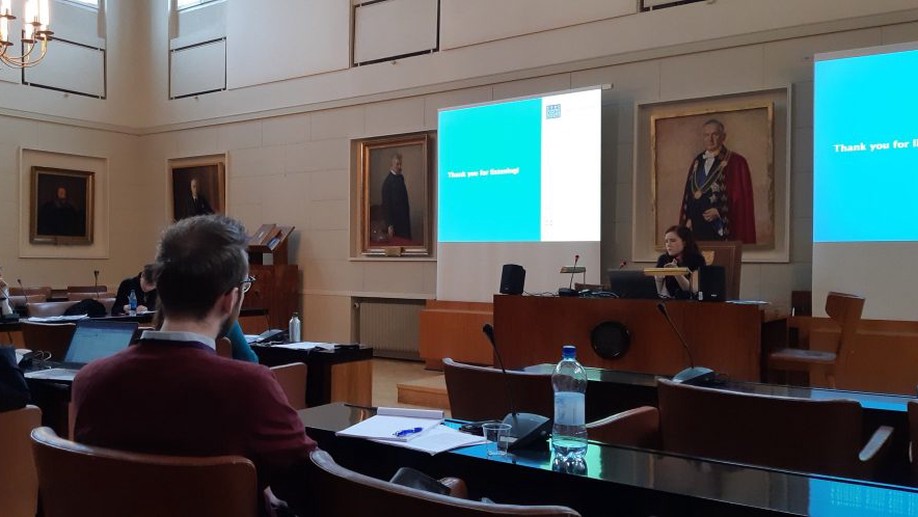 On 14-15 March I attended the Nordic Welfare Research Conference at the University of Helsinki and presented my latest research. The research examines how family and labour-market policies shape women’s access to corporate board and executive positions across 24 OECD countries via a fuzzy-set analysis. It was a strange experience presenting research on the lack of women in the most powerful positions while surrounded by paintings of white old men on the walls.
Helen Kowalewska
Dec 14, 2018 1 min read

On 12-13 December 2018, I attended the Female-Breadwinner Families in Europe workshop organised by Dr Agnese Vitali. The day brought together researchers and policy influencers interested in the rise in female breadwinning. A key lesson from the presentations is that we need to distinguish between ‘pure’ female breadwinner families, in which the woman is the only earner while the man is unemployed, and women-as-main-earner families, in which the woman out-earns the man, but both are employed.